The principle of infrared thermal imaging

Infrared is an electromagnetic wave that has the same nature as radio waves and visible light. The discovery of infrared light was a leap forward in our understanding of nature. Using a special electronic device to convert the temperature distribution of the object surface into an image visible to the human eye, and display the temperature distribution of the object surface in different colors, is called infrared thermal imaging technology, and this electronic device is called an infrared thermal imager.

This thermal image corresponds to the thermal distribution field on the surface of the object; in essence, it is the thermal image distribution of the infrared radiation of each part of the target object to be measured. Because the signal is very weak, compared with the visible light image, it lacks hierarchy and three-dimensional sense. Therefore, In the actual operation process, in order to more effectively judge the infrared heat distribution field of the measured target, some auxiliary measures are often used to increase the practical functions of the instrument, such as image brightness and contrast control, real standard correction, false color depiction of contour lines and Histograms perform math operations, print, etc.

Humans have always been able to detect infrared radiation. Nerve endings in human skin are able to respond to temperature differences as low as ±0.009°C (0.005°F). Although human nerve endings are extremely sensitive, their construction is not suitable for non-destructive thermal analysis. For example, while humans can spot warm-blooded prey in the dark with the help of an animal’s thermal sensing capabilities, better thermal detection tools may still be needed. Since humans have physical structural limitations in detecting thermal energy, mechanical and electronic devices that are very sensitive to thermal energy have been developed. These devices are standard tools for examining thermal energy in numerous applications.

Thermal imaging cameras have a wide range of military and civilian applications. With the maturity of thermal imaging technology, it plays an increasingly important role in various sectors of the national economy. In industrial production, many equipments are often used in high temperature, high pressure and high-speed operation. The infrared thermal imager is used to detect and monitor these equipments, which can not only ensure the safe operation of the equipment, but also find abnormal conditions so as to eliminate hidden dangers in time. At the same time, the use of thermal imaging cameras can also be used for industrial product quality control and management.

The advantages of thermal imaging All objects in nature have a temperature higher than absolute zero, and there will be infrared radiation. This is due to the thermal motion of molecules inside the object. Its radiation energy is proportional to the fourth power of its own temperature, and the radiated wavelength is inversely proportional to its temperature. Infrared imaging technology is based on the size of the radiant energy detected by the object. After being processed by the system, it is transformed into a thermal image of the target object and displayed in grayscale or pseudo-color, that is, the temperature distribution of the measured target is obtained to judge the state of the object. The background temperature of the forest area is generally -40 to 60 degrees Celsius, while the temperature of the flames produced by the forest combustibles is 600 to 1200 degrees Celsius. The temperature difference between the two is large. Combustible combustion is easily separated from the terrain background in thermal images. According to the temperature distribution of the thermal image, we can not only judge the nature of the fire, but also detect the location and area of ​​the fire, so as to estimate the fire intensity. 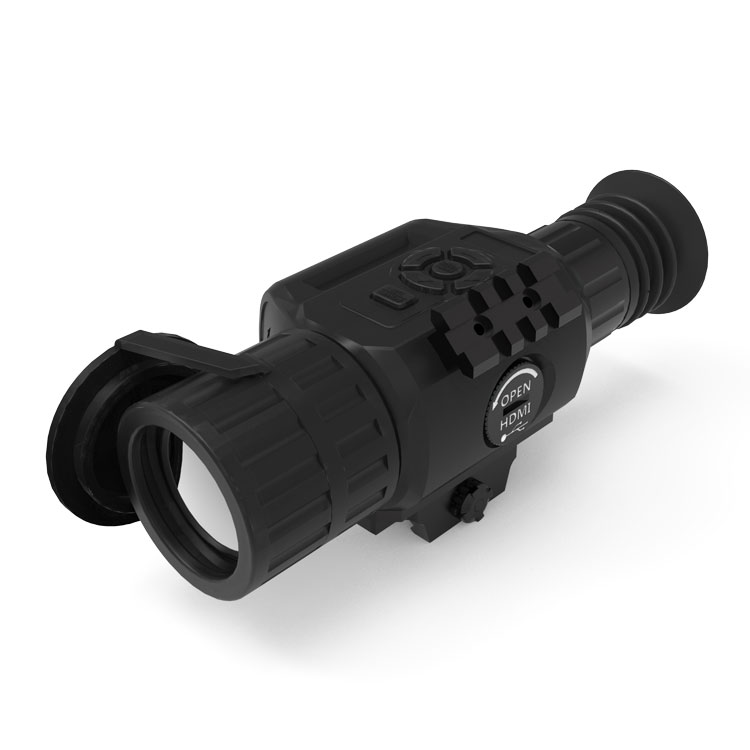